We are pleased to announce our first release for the 2.3 version of Xibo. The codename for this version is “Wolf”.

14P/Wolf is a periodic comet with an orbital period of 8.74a (Julian years). Max Wolf (Heidelberg, Germany) discovered the comet on September 17, 1884. It is particularly interesting as its perihelion and orbital period change due to the influcence of Jupiter.

The version 2 Layout Designer that was introduced in 2.0, received mixed reviews from users. Whilst the majority adapted to the changes and were appreciative of the new workflow, we found that some of our users have not been able to upgrade from 1.8 because the new designer did not fit their workflow. We listened to all feedback presented and made small improvements in 2.1 and 2.2 to act as a stop-gap whilst making the larger changes.

Xibo 2.3 represents the larger set of improvements, bringing the designer workflow more inline with 1.8 and addressing concerns raised by some of our users. We hope that 2.3 hits the spot with all of our users!

We have designed a simplified view with 3 elements instead of 4: 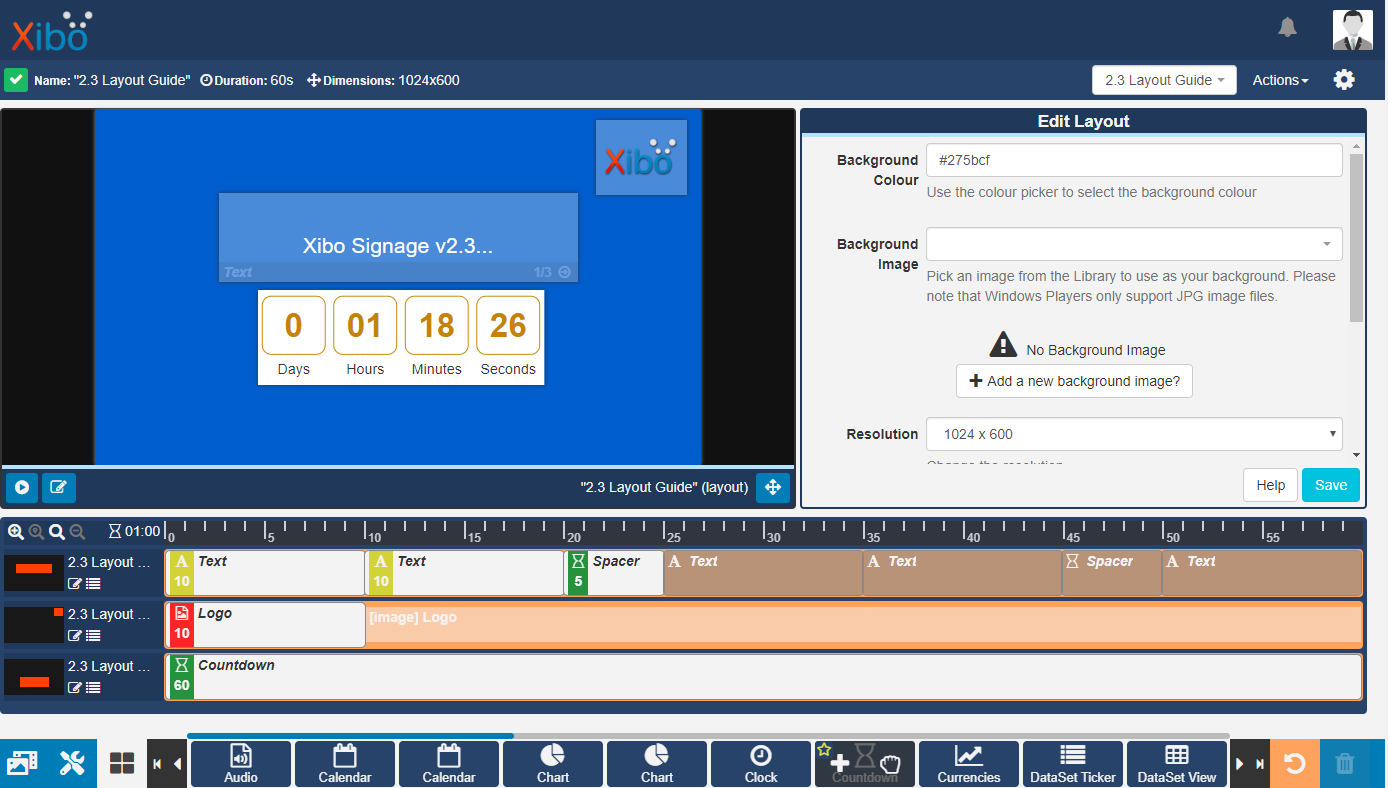 The top left designer window now operates in a similar manner to 1.8. You can view the contents of each Region with the preview arrows and in Edit mode you can drag/drop and add Regions.

The timeline has been reorganised to provide a clearer view of the play time of each Widget along with an overview of where the Region is situated on the Layout. You can also open a Playlist editor for each Region should you wish to edit those entries vertically in a similar interface to 1.8. 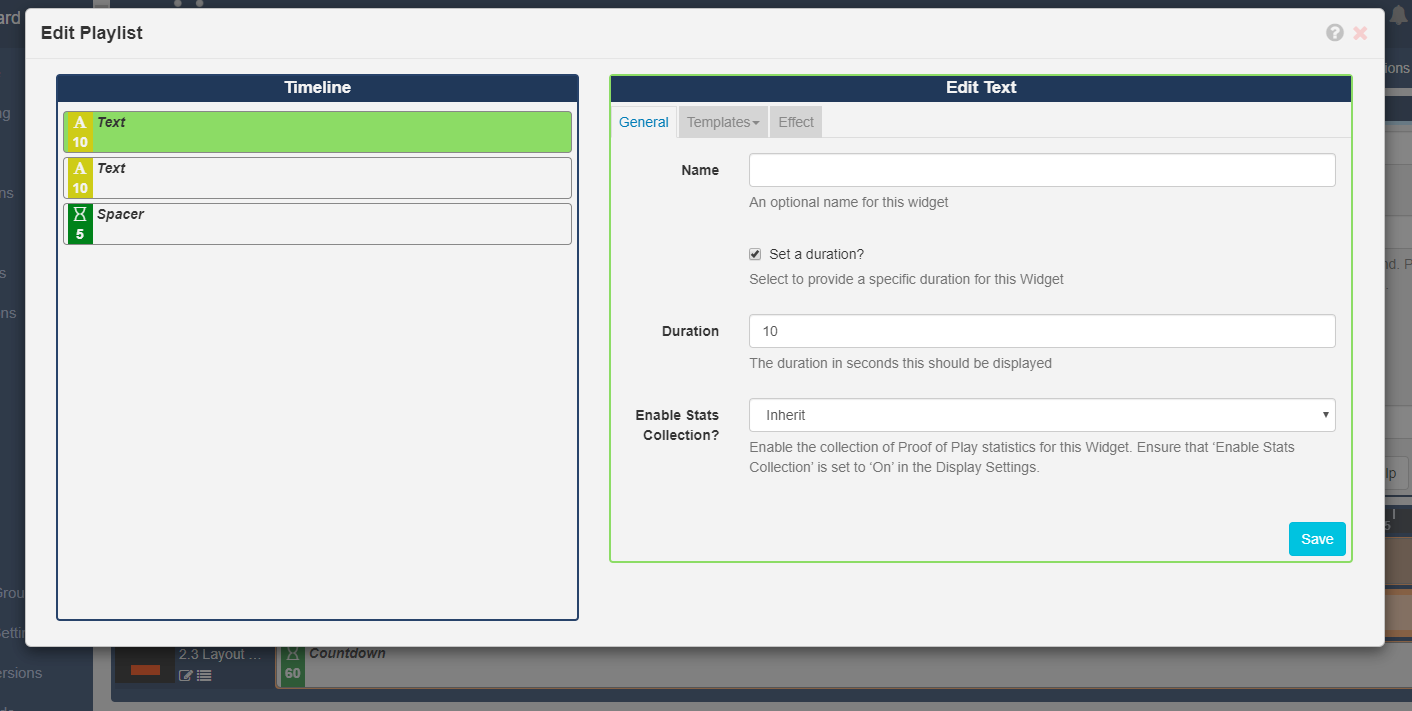 The Library search has been redesigned as a popup window with tabs where you can add single or multiple items to any point in a Regions Playlist.

The Widget Toolbar has been redesigned to take up less space and to allow each user to add favourites for their most used Widgets so that they appear at the start of the list:

In addition we have gone over the user experience to improve the position of the buttons, and to make workflows operate with as few clicks as possible.

We have introduced a Playlist Manager dashboard which gives a user a simpler user interface to manage Library content on a Playlist.

An administrator configures a Sub-Playlist Widget to have one or more Playlists which the Playlist Manager User has permissions to edit, the dashboard will show them the number of Spots that has been configured and allow them to add/replace and optionally remove those items. 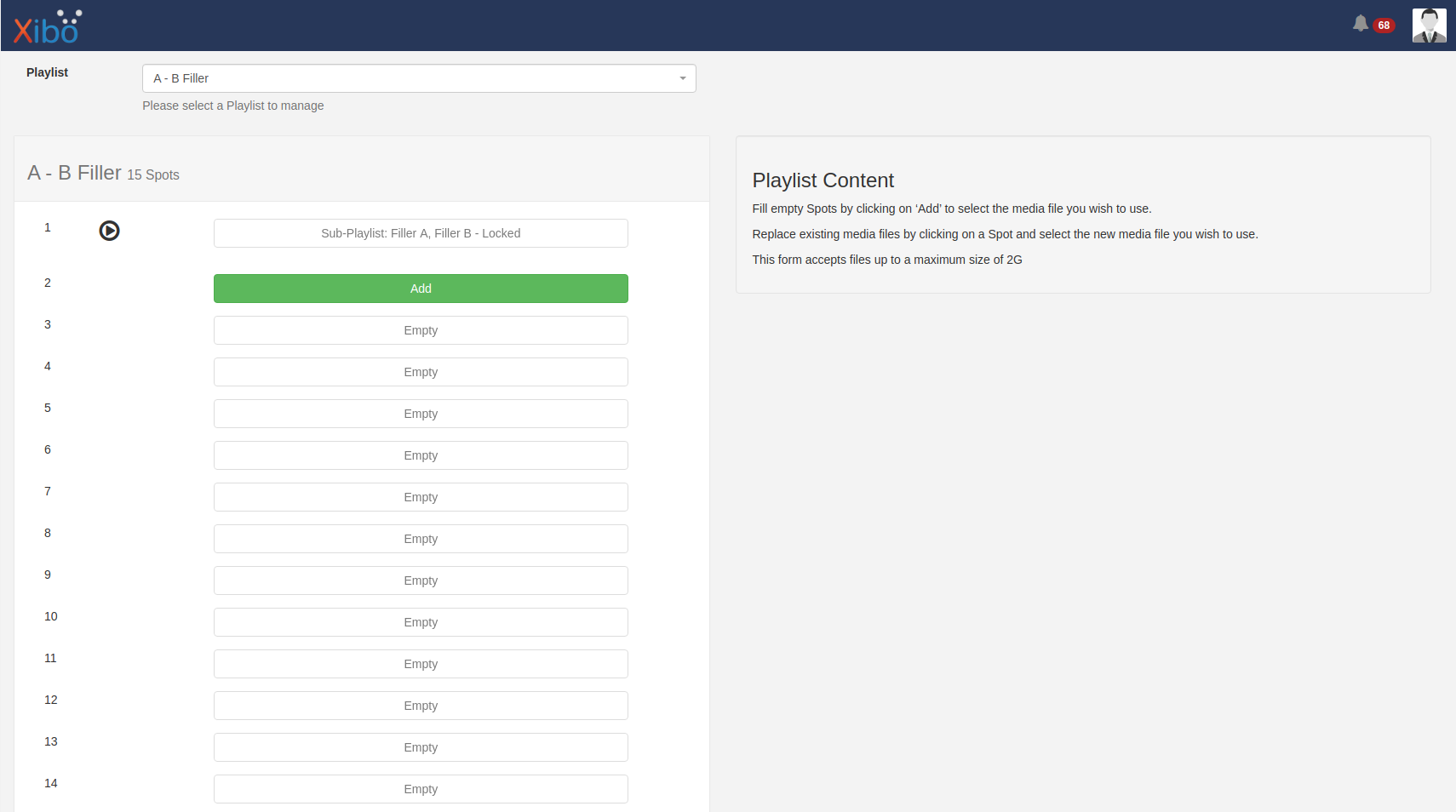 We now support Geo-Scheduling such that each event can optionally have geo-data associated with it. Please note, we're hard at work adding support for GeoScheduling into our Player releases. 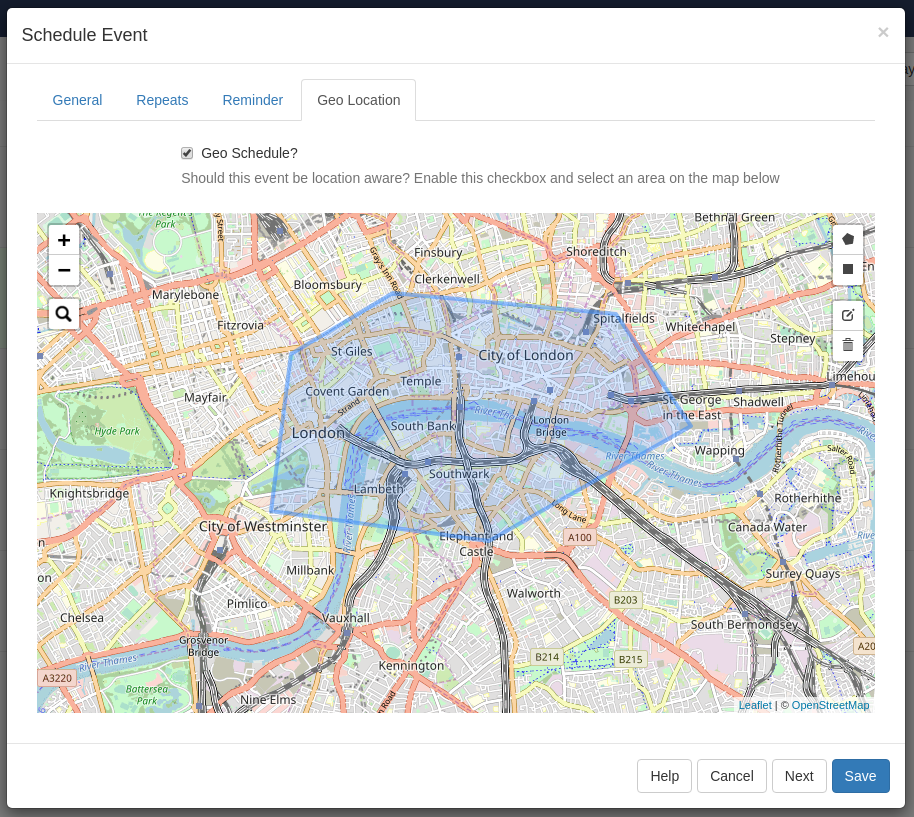 Also, you can now delete a single occurence of a repeating Schedule Event.

We have updated the base image for our Docker containers to Alpine 3.11 and PHP 7.3.13. This brings us continued security updates and support for the operating system and PHP.

The XMR container has also been updated with the latest Alpine 3.11 and XMR release-0.8 has been pushed into Docker Hub.

We've added many other smaller things, for example a new Countdown Widget: 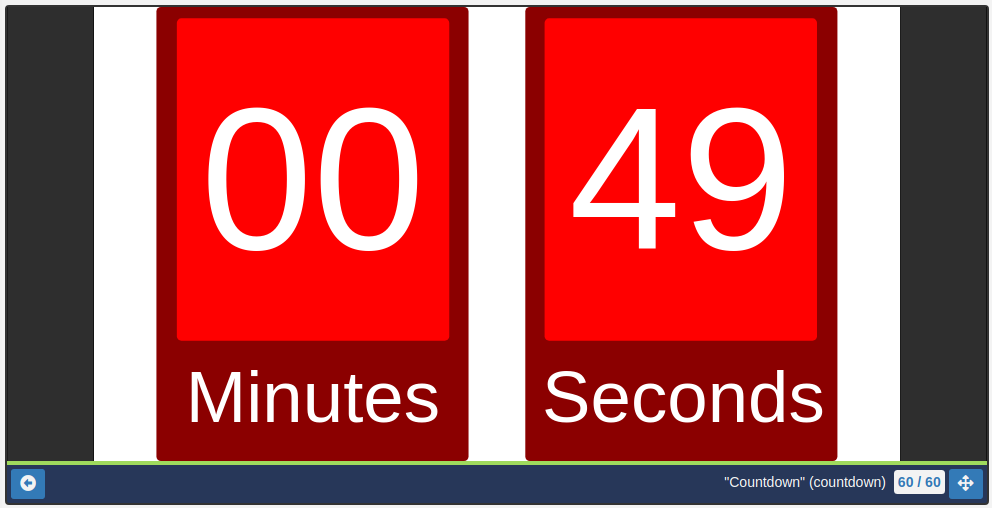 You can view a change log of all things 2.3 in each development preview release announcement:

UPDATE NOTE: We have released version 2.3.1 which fixes 24 issues found in v2.3. We highly recommend you download this updated version. For Download links please visit:
https://blog.xibo.org.uk/2-3-1-released/

Please use the links below to download the v2.3 release:

You may use any v2 compatible Player with this release. At the time of writing these are the latest:

1.8 series Players will also function but please be aware that new v2 features will not be supported.

Our focus from now will be to move ahead with development of Xibo version 3, which will be our Interactive Signage release!

We are pleased to announce Xibo for Windows v3 R305. This release fixes 4 issues.

The recommended Xibo for Android media player is getting an upgrade! Announcing new Android hardware, the DSCS9X.

Getting everything you need from Xibo just got even easier!

We are excited to announce that our new website will be launching soon, and with it an easier and cost effective way to buy everything you need from Xibo

We are pleased to announce Xibo for Windows v3 R305. This release fixes 4 issues.

The recommended Xibo for Android media player is getting an upgrade! Announcing new Android hardware, the DSCS9X.

Getting everything you need from Xibo just got even easier!

We are excited to announce that our new website will be launching soon, and with it an easier and cost effective way to buy everything you need from Xibo