We're excited to bring you an early look at the Layout Designer in 2.0 - an overhaul of our existing designer based on 100s of user stories and feedback. We've kept the same core concepts you know and love, but made them more accessible and fun to use with a new user interface.

In this "Upcoming in v2" series we will giving you a sneak peak at the things we're working on for the next major Xibo release. In many cases you can still influence the direction we're taking and your feedback in the comments is welcome.

Designer 2.0 brings together 5 core ideas into a simple to use package. These are: 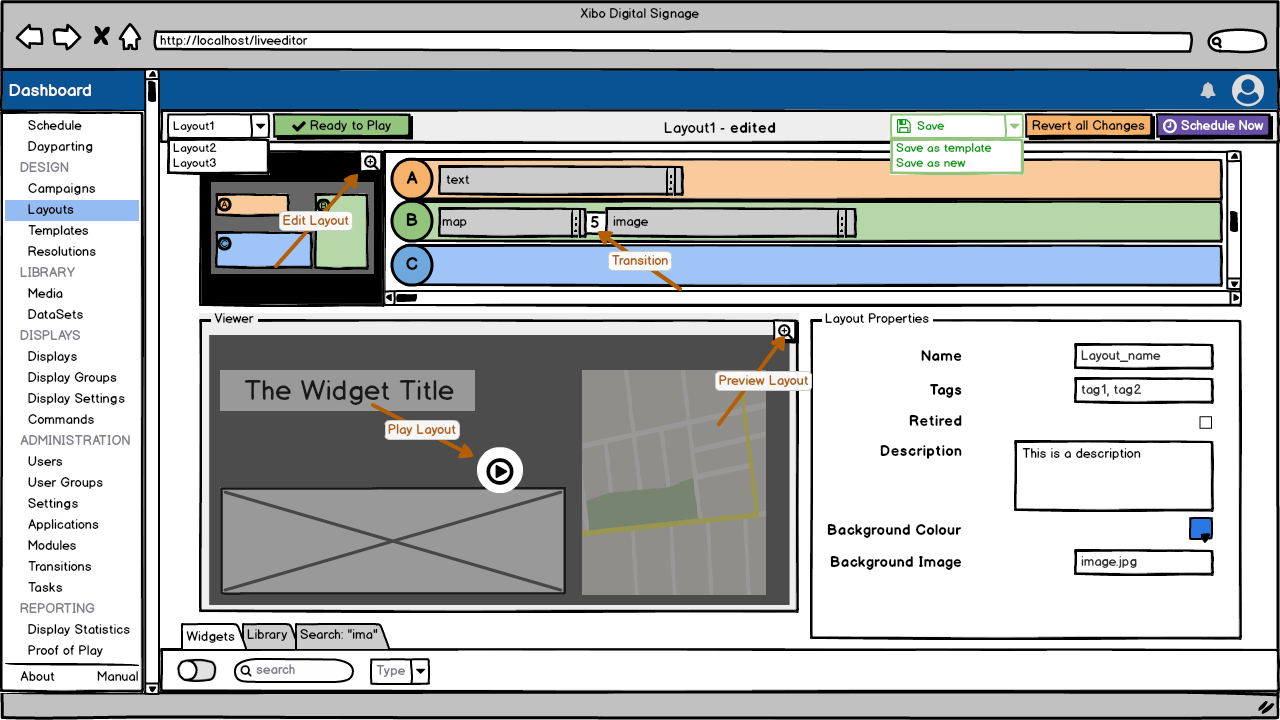 The new interface has been designed from the start to cater for the "pain points" Xibo has with the old designer. Amongst other things it will have core support for:

A key difference will be that it will not open forms on top of your workflow, allowing for a more intuititve designing experience.

Xibo's new designer will leverage browser technologies to present a user friendly experience without page refreshes. It is being written in JavaScript using native objects and DOM manipulation with jQuery.

Particular attention is being paid to performance, so your 50 image deep slideshow should be handled like a breeze.

The work we're doing will also pave the way for offline designing, undo/redo and much more.

The new designer is being developed for release with the first 2.0.0-alpha release. We're making sure we have good foundations to build on and have therefore been working on the structure rather than the usual appearence!

Things are coming together and testing well, below you will see an unstyled screenshot of our current progress. 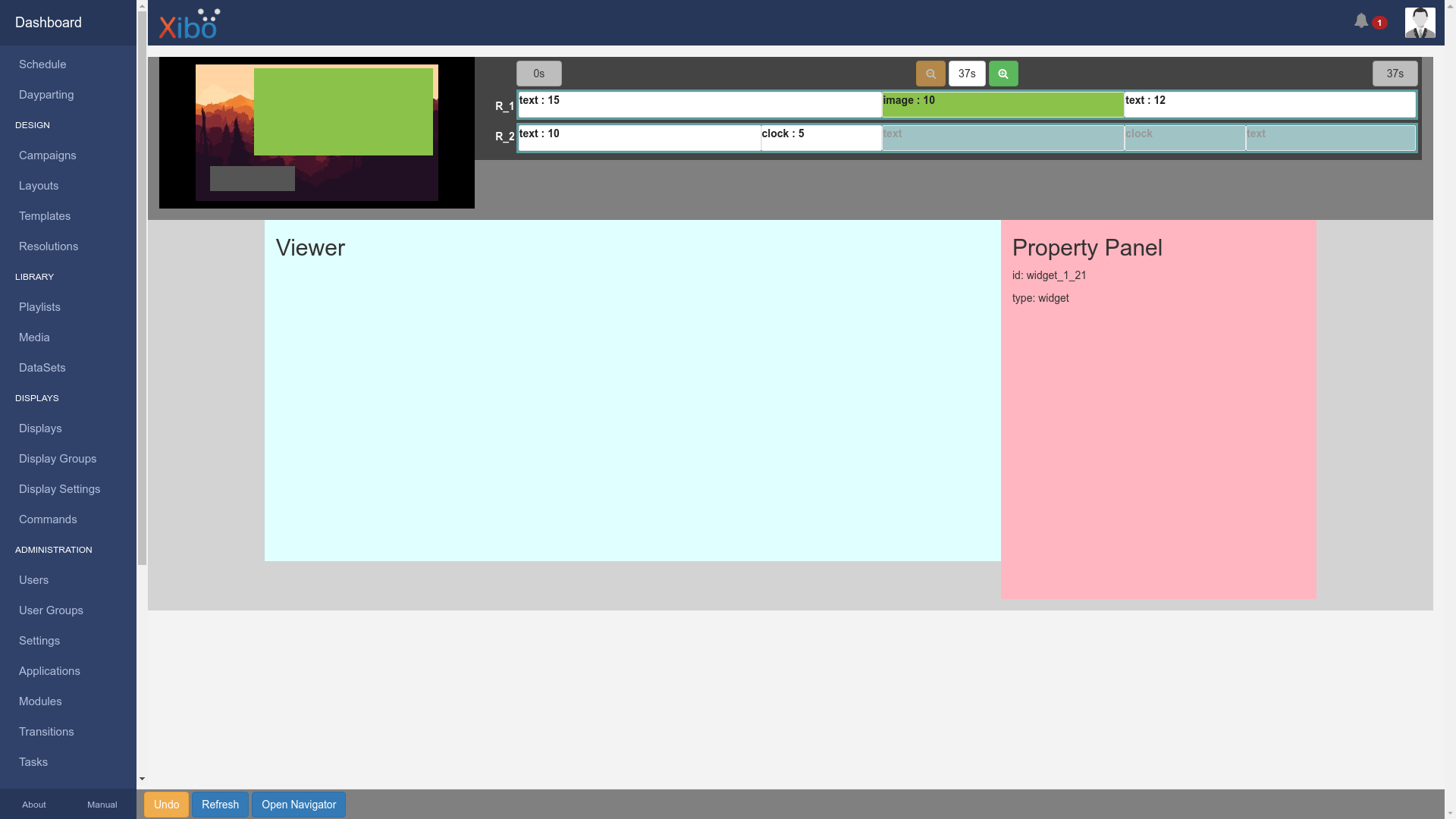 Watch out for the next post in this series which will look at another exciting upcoming improvement for v2.